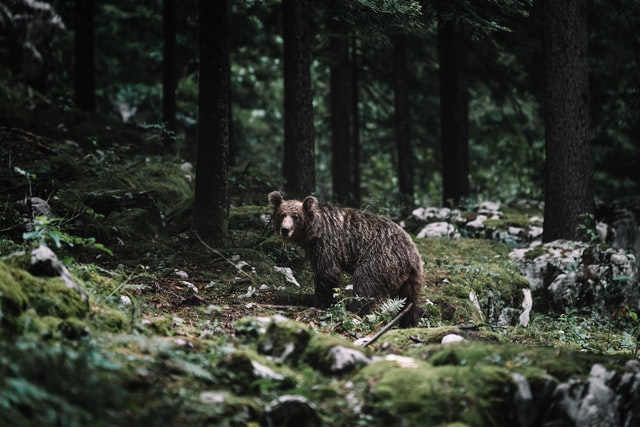 Hey you guys, what’s up whoo? It is winter it is getting chilly. I have uh not had a day like this in quite a while, where it’s been cold again and uh. The wind chill’s pretty gnarly. Here today i don’t know if you can hear it in the mic, because the dead cat i have on i’ve spent a beautiful morning, thus far um.

Just here on the lake. I just decided to camp out a little bit on this beach this morning to see if we can capture anything that floats by during sunrise time and um yeah and just beyond that, we’re, just gonna kind of see what we can get Today, um, nothing specifically that i’m targeting today, but it’s gonna be out and about uh to see what we can capture.

Thank you guys for joining me on this wildlife photography. Adventure. Let’s, see what we can find: [ Music, ], [, Music ], my [ Music ], hey you guys, so super cool. I have an amazing angle on a western meadowlark here, um.

If you guys have seen some of my previous videos at pinocchi. You ‘ Ll know that at least i don’t know if it’s like this in your area, western metal arts, aren’t necessarily like a super uncommon, bird or nothing, but they’re.

Just extremely finicky in this area, so like it’s hard to ever be able to get photos of them that are any you know any good half decent um, let alone photos like these. I have some amazing angles right now, with the backlit sun.

On the western meadowlark and he’s, just feeding in the grass in front of me and just popping his head right up – and this is some beaut making for some beautiful shots right now um. So i’m, really excited about this.

Just capturing a lot of different species of birds got to capture some great tilled grackles. A couple different types of ducks and coots stuff like that, but most of all that highlight of the day was definitely the western meadowlark.

It was so cool getting to capture that western meadowlark. Finally, a bird that i’ve been wanting to catch for a long time. I see around a ton, but just not able to grab photos of them just because of how skittish they are.

So that made me really excited just to be able to capture that just to share a little bit of that moment with you and how this applies to wildlife photography. Is it’s so important to just take advantage of those situations and those opportunities that just fall on your plate? I notice at the moment a western meadowlark off to um off to my left, when i was camped out by the bottom of the lake, and i was laying prone right next to the lake just waiting for birds to come by, and i was getting a lot Of good shots there, but i noticed that there was a western meadowlark, which i really wanted to capture.

You know for a long time off to my side and the cool thing about it was. I noticed he flew up there on top of a little hill, where there was a little ridge, a very sharp like not like a cliff because it’s only like three feet: high four feet high, but there was a little cliff and then he Was up on the plateau, so what i was able to do was i was able to crawl towards the cliff and then just slowly start to peek my head over and because i had such a slim profile and he really didn’t notice.

Anything of me but my eyes and my camera. I was able to get those shots without him. You know being disturbed and flushing off, because if i would have stood up

, showed my whole body and approached him directly on that would have never worked.

He would have flew away just like they have every other time, but what i was able to do here was really just get to sneak up on him, so that opportunity noticing. That is really what allowed me to get this shot noticing the advantage.

I could take with the terrain around me that’s, why it’s, so important to know how to approach birds in different types of terrain and beyond that noticing the lighting conditions, because i knew that these were going to be good Shots because of the backlighting in the shots, the way that the western meadowlark was backlit by the sun.

But beyond that the background behind him was at the same exposure level because it had a backlit set of reeds a little bit of grass stuff like that. So all blended together beautifully to make a very beautiful nice backlit, subject and backlit background, which made a beautiful backlit shot.

So i hope me sharing a little bit of this. Insight is able to help you guys, while you’re out in the field. Take advantage of opportunities just like that, of course, the rest of the day. Most of it, i was just sitting camped out on the beach along the lakeside here and that’s, where a lot of the other birds got very close to me because they were getting comfortable with me.

So just take advantage of opportunities as they come and keep your eyes open for what you can capture. Thank you guys so much for watching today. Hopefully you guys enjoyed today’s episode and i can’t, wait to see you guys in the next wildlife photography