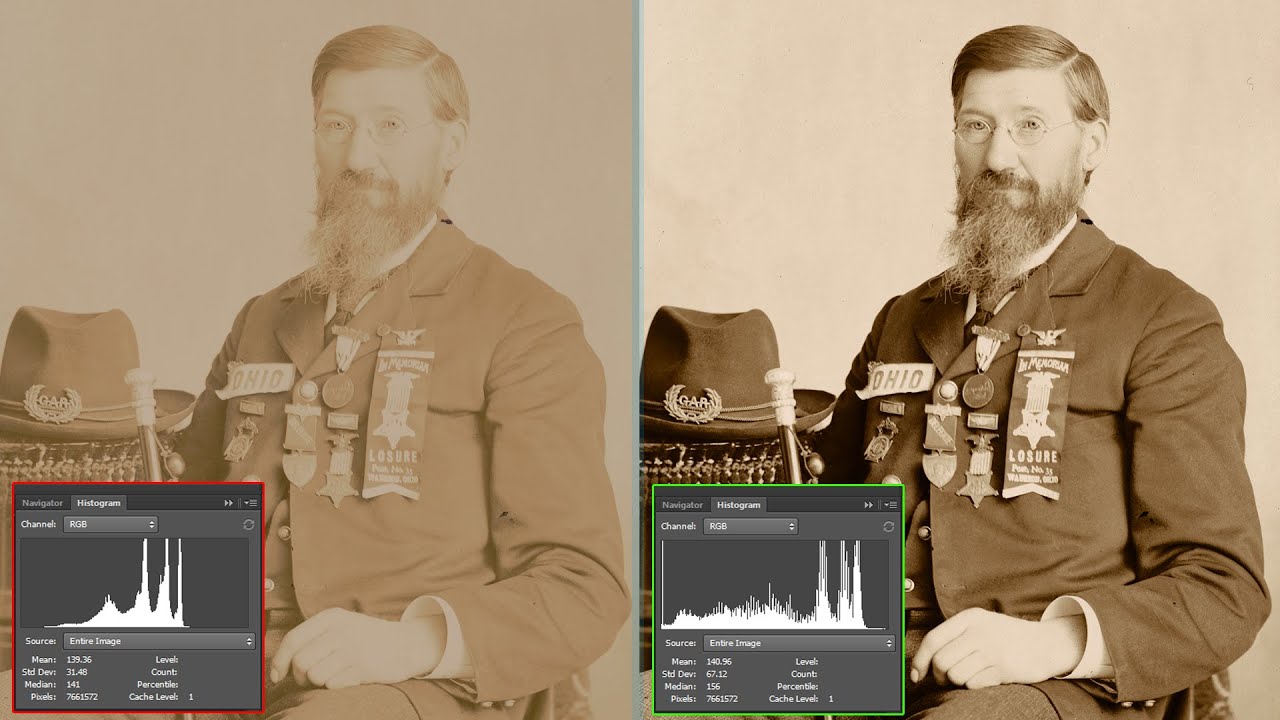 In essence a Histogram functions much like a bar chart, and is designed to show a graphical representation of the light and dark percentages of an image. On the furthest left side are the values of absolute darkness and on the furthest right, the lightest values of the image.

There is no such thing as a ‘correct’ histogram, as such, as every single image will provide a different histogram. That being said, there are a few potential issues which i didn’t go into for this tutorial but i’ll bring up here.

Clipping is the primary issue that you may run into and that’s when the contrast in certain areas of the image have been crushed to the point where values of darks and lights are unable to be scene. This can usually be shown by extremely high peaks on your histogram, particularly those hitting the top of the graph. This was actually an issue with this particular image in the tutorial but as you’ll see it was clipping before the adjustments and clipping after them also. While Clipping should always be avoided, that’s not always possible depending on the image.

Sometimes an image can be too bright or too dark in terms of exposure, rather than be faded, and that can also be helped by using both a Histogram and Curves.

I hope this tutorial will be of use in helping you restore your family photos. This method can be a really effective way of bringing back detail to old photographs. 🙂

My other videos mentioned are below!

EVERY U.S President in Color

Every U.S President in Color (Behind the Scenes)